Get it done, right now!

I should do a disclaimer; if you are a procrastinator this is going to be a very stressful reading.

You will be amazed at so many people in the world today who think things that they don’t do. Meant to do it, never got it done. It’s hard to bring something from thought life to action. Not just work, not just goals, not just careers…even good things.

You will be surprised the good things that men think about girlfriend but they don’t tell them. The little things that women do that has men saying, “that’s why I love you, right there…that thing right there, that there…that’s why I love you”. But they don’t say a word about it. In an attempt to be present at the moment, I am challenging myself to be more verbal even about compliments. I can’t exactly explain why men don’t’ say anything and sometimes they say it about you but not to you. You can’t spend love that does not reach you. So even though they have it for you if they don’t give it to, you can’t enjoy the benefit from it and you might starve to death for the lack of what i thought but did not say. I would hate to think that I lost her heart over something I had but did not express. So I have been challenging myself to be more verbal. You will be surprised how hard it is for me - someone who talks for a living - to turn around and talk out of your heart about my emotions.

The older I get, the more I realize I can’t take life nor moments for granted. I’ve been to funerals and the roughest ones where people are screaming and holding on to the caskets are often the people who have deep regret and guilt because of; things you could have, would have, should have said or done but didn’t do. Personally i can deal with death better than I can deal with regret. Whatever I have to say to you, I’d rather say it. Whatever I want to give you, I’d rather give you, whatever I need to express, I want to express it because the next second is not promised. All you have is the fierce urgency of now, right now. You don’t have long to get over what you want to get over, climb over your inhibitions of fear – the clock is ticking while you are thinking about it, you are running out of time. There is a rush to go after your goals, if you don’t hurry up and do it, you will not get it done. The most dangerous people are people who missed their turn – bitter people who missed their turn will try to kill your future. They will become a sore in your life and hate you over something that you did not have anything to do with but over a turn they missed.

You will be surprised at the unwritten books, the businesses that never got built, the songs you did not sing, the poems you did not write, the jobs you never went after, the interviews you did not pursue and you have been saying, “God I need a sign from you, but God needs an action from you”.

Relationships have died over things that people had and didn’t give to each other, it has to be true. Truly, what can one person, give another person that the other person could not give them? Nothing. But don’t get angry when people do what you won’t. Don’t get angry when they give what you wouldn’t, don’t get bitter because one person ceases an opportunity when another does not…it is not my fault that you thought it and didn’t say it, that you felt it and didn’t express it, that you needed but your pride stopped you from opening up about it.

The prerequisite for greatness is the people that know their God!

The people that know their God, have a relationship with their God. You will be surprised of the people who go to church every Sunday and are not settled in their relationship with God. They love the idea of God but not necessarily the reality of God; they have unresolved issues with God.

Many people clap and sing and shout and are not remotely convinced that God even loves them. Many of us have been taught the kind of faith that; you have to earn his love - and at the back of your mind you’re not sure that you have paid the bill to be good enough to have his love and because you are not settled in your relationship with God, you can’t work the promises of God because you really are not sure he is talking to you.

God does not care for you….if God cared about you, why would you be in the mess you are in? All those voices that say, either you are not good enough for God or God has not been good enough to you for you to be sure that he loves you. Do you know your God or do you just know church? More people know church than they know God.

You cannot have the peace of God until you have peace with God. You want to understand the gift but not the giver; why would he give you peace when you and him don’t have peace? Don’t you understand that he did not go to the cross to be cool? He went to the cross to leave an indelible impression of what love looks like.

Besides him, who else went to the cross for you?? 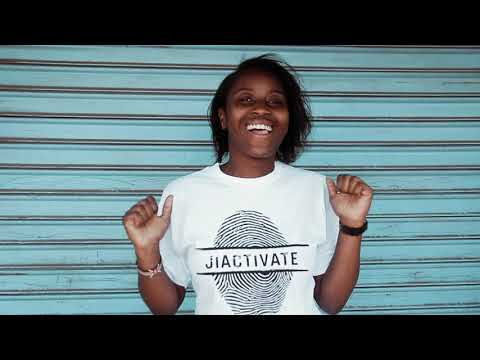 By Biesshop Consulting January 05, 2017
A few weeks ago I was assisting a project manager with a troubled project.  We reviewed the documentation from the beginning, starting with the usual suspects: project design, work plans, schedule just to mention a few.  They all seemed fairly straightforward and understandable.  Once we got to the status reporting though, confusion started. This project’s status reports were spreadsheets about 10 pages long.  Every week the team was only able to discuss only about 3 pages’ worth of information, and they were mostly risks. “Why is this so long, what’s in it?” I asked him. He answered that it was his RAID Log, which he used to run Status Meetings. He wanted to be certain not to miss anything, so he was careful to include every item related to the project and classify it as R (risk); A (action); I (issue) or D (dependency) in this giant spreadsheet. As the first section was ‘Risks’ they were certainly addressed. So, most of the discussion in his weekly status meeting was about events tha…
Read More »